Medication can be very helpful for sufferers of anxiety as its decreases anxiety symptoms whilst you are taking it. However, MEDICATION DOES NOT CURE ANXIETY DISORDERS. Some people may choose not to use medications for anxiety, others will choose to combine cognitive behavioural therapy or some other type of therapy with medication, and some people may only utilise medication.

ATTENTION: The information provided here is only a summary and is NOT intended as a substitute for a medical consultation. No assurance can be given that the information contained on this site will always include the most recent findings or developments with respect to a particular topic. Should you be interested in taking medication for your anxiety, you should discuss the pros and cons of treatment, side effects and so forth with a doctor. A number of factors need to be taken into account when prescribing medication, including the nature of your anxiety, your medical history and the other drugs you are taking.

SSRI’s are anti-depressants and are currently the most popular anti-depression / anti-anxiety drugs as they have fewer side effects than MAOI’s. SSRI’s include drugs such as Prozac, Luvox and Aropax. SSRI’s must be taken on a daily basis for at least a few weeks before they are effective.

SSRI drugs can interact with other drugs so before taking any medication in addition to your SSRI you should check with your doctor that is safe to do so.

Side effects may include poor sleep, fatigue and increased sweating. There may also be an adverse impact on one’s sexual functioning.

SNRI antidepressants influence the levels of serotonin and norepinephrine in the brain. Venlafaxine (Effexor) is an example of an SNRI.

Side effects may include nausea, sexual dysfunction, sweating, sleep disturbance and tremors, as well as an increase in blood pressure.

MAOI’s are antidepressants that work by inhibiting the breakdown of seratonin and norepinephrine in the brain, thus causing a reduction in the symptoms of anxiety.

People taking MAO’s have to follow a strict diet. They must not eat certain foods which contain tyramine (e.g. most aged cheeses, most alcoholic beverages,  sausage products and Marmite) as these foods can interact with the medication to suddenly increase blood pressure and cause symptoms such as headaches and vomiting. Users of MAOI’s also have to be careful about drugs they take in addition to their MAOI. A severe high blood pressure reaction, in response to inappropriate food, beverages or medication, left untreated can lead to stroke or death.

Common side effects of MAOIS include insomnia, fatigue or drowsiness, sexual dysfunction, and weight gain.

Benzodiazepines include drugs such as Valium, Ducene, Serepax, Xanax and Kalma. Benzodiazepines work very quickly to calm you but their effects do not last long.

Single doses can cause fatigue and drowsiness and therefore reduce your ability to think on your feet (e.g. in a job interview or oral exam).

Benzodiazepines have some significant drawbacks. Firstly, people who take benzodiazepines on a daily basis for more than a few weeks may become physically dependent upon them. Therefore, these drugs should not be ceased abruptly as there is the risk of rebound anxiety and withdrawal effects. Anyone planning to reduce and or cease their intake of benzodiazepines should do so in consultation with their doctor.

Secondly, these drugs may be abused; therefore people who have a history of substance abuse may be advised to avoid benzodiazepines.

Thirdly, alcohol should not be consumed when you are taking benzodiazepines as it increases the sedative effect of the medication.

Furthermore, people taking benzodiazpines need to exercise caution when driving or operating potentially dangerous machinery until they work out how they respond to the medication.

Side effects may include poor memory, fatigue, sleeping longer, impaired coordination, and loss of interest in sex. Benzodiazepines may also worsen a sufferer’s depression.

Beta blockers, such as Inderal, are used to treat anxiety.

Beta blockers can alleviate heart palpitations and stop one’s hands from trembling as they block adrenaline receptors in the heart and muscles. They may also be helpful for blushing and sweating. These drugs are taken about an hour before a feared event and their effects last a couple of hours.

Beta blockers appear to be best used for performance anxiety.  i.e. public speaking, exams, music recitals etc. Beta blockers may be less effective at reducing negative anxiety provoking thoughts than they are at reducing physical anxiety symptoms such as heart palpitations and tremor. One of the limitations of using beta blockers is that if a feared social event is sprung on you without warning you don’t have an hour for the drugs to take effect.

Beta blockers generally cannot be used by asthmatics, diabetics or people with some forms of heart disease, 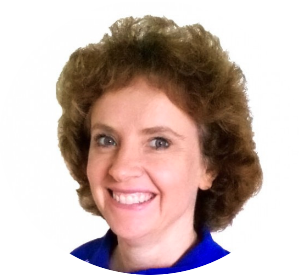 Catherine Madigan is a Melbourne Clinical psychologist who focus on the treatment of  anxiety disorders. She also offers  group cognitive behavioral therapy programs for social anxiety and public speaking anxiety sufferers. Catherine has been offering  group programs for over 20 years and has conducted these groups for both the public mental health system and as part of her private practice. Catherine’s work with anxiety sufferers has been featured in The Age, The Herald Sun, The Australian and on Channel 7’s Sunday Night program as well in the Huffington Post.

Reserve your seat for the program today (Only 10 seats are available per program).

4 Good Reason You Should Call Us!

She offers professional, discreet and confidential treatment options that work.

Catherine’s effective anxiety treatments offered in Melbourne can help you overcome disorders such as:

The www.anxietyaustralia.com.au/ website provides information about anxiety disorders and the treatment options available. You will also find contact details for other psychologists around Australia who have substantial experience in and/or work primarily with anxiety disorders.

Catherine Madigan is a Melbourne based Clinical Psychologist. She is passionate about empowering clients with confidence. The reason her focus is primarily on the treatment of anxiety disorders is that she gains great satisfaction by witnessing the freedom and life changing results her therapies can deliver.

The Incidence of Anxiety Disorders in Australia

Anxiety or fear is a normal response to a present or imagined threat. Mild fear can be helpful as it enables us to respond quickly when faced with a dangerous situation and to be alert in difficult situations (e.g. exams). However, excessive fear may lead to people being paralysed e.g. soldiers under attack may be so afraid they can’t move to take cover, public speakers may find they go blank, forget their lines and are rendered speechless.

Anxiety is a normal emotion as it affects most people and is widespread. You would be abnormal if you didn’t experience fear sometimes. However, if your anxiety is out of proportion to the situation you are experiencing and/or persists in the absence of threat, e.g you worry about events months ahead or are experiencing anxiety long after the danger has passed, you may need professional help.

Why am I experiencing anxiety symptoms?

Some people are more prone to experiencing anxiety than others and it is not caused by just one thing but by a combination of factors including: genetics, family environment and traumatic life experiences. Sufferers may have unhelpful thinking patterns such as perfectionist standards. Nevertheless, you can learn to manage your anxiety more effectively.